Obituary & Services
Tribute Wall
Read more about the life story of Colin and share your memory.

Colin M. “Skip” Boyle age 92 of Derry, passed away on January 2, 2023 at Salem Haven Nursing Home in Salem, NH.  Skip was born on July 30, 1930 in Pawtucket, RI the son of the late, Andrew and Bette (Dobson) Boyle.  He was raised and educated in Pawtucket and graduated from Pawtucket High School Class of 1948.  He served his country in the U.S. Marine Corps during the Korean War and was awarded a Purple Heart for wounds received in action.  After being honorably discharged, he attended and graduated from the University of Rhode Island with a degree in business.  Skip worked his adult life in the food supply business.  He worked for SYSCO Corp. for many years, retiring in 2002.  He loved watching all New England sports teams. He was an avid golfer who also enjoyed attending his 4 grandchildren’s sporting events.   He and his wife, Mildred would enjoy going ballroom dancing often in their younger years with all their wonderful friends.

Skip is survived by his wife of 69 years, Mildred L. (Kee) Boyle of Derry, NH, his son, Gary Boyle of Derry, NH and his daughter, Laurie Collins and husband, Michael of Salem, NH. , his grandchildren, Brian Boyle, Steven Boyle, Allison Collins-Murray and Kelsey Collins.  His great-grandchildren, Maddie Murray, Kennedy Murray, Benjamin Boyle and Hudson Boyle as well as several nieces and nephews also survive him.  He was predeceased by his sister, Bessie Andrews and his brother, Andy Boyle. 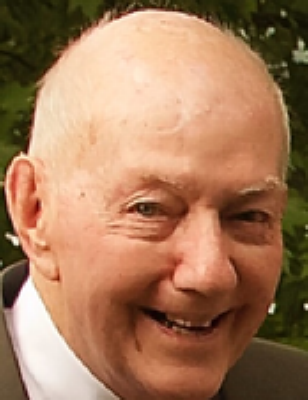